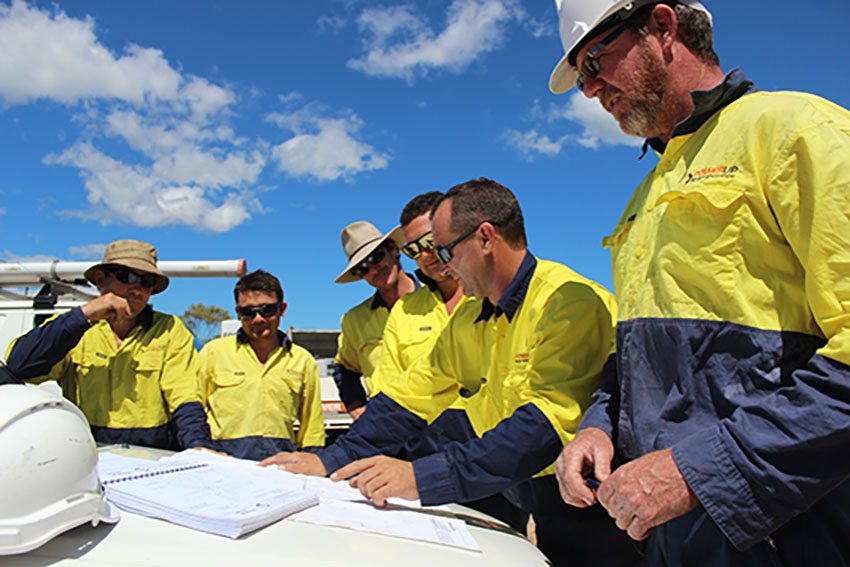 Founding Powerup in 2007, Bryan is an electrical contractor, having owned and operated Reef Electrical in Airlie Beach since 1993, which remains one of the largest locally owned and operated domestic and commercial electrical contracting businesses in the Shire. Bryan has also been actively involved in the roll out of reticulated underground power in a number of leading private community title estate developments in the Whitsundays. With a wealth of civil electrical and electrical experience, Bryan has overseen the measured growth of Powerup into one of the region’s most consistent and reliable accredited project management and electrical contracting firms in the Ergon Central and Northern regions.

Recently joining the Powerup Team, Luke brings over 23 years experience in the electrical industry, the most recent of which was working for Ergon Energy as an Advanced Connections Officer. With trade certification ranging from electrical fitter / mechanic to HV Switch Operation, and having undertaking extensive contracting and public sector work in Queensland and in New South Wales, in an extremely diverse range of applications, Luke has both practical and technical experience in the undertaking and supervision of major electrical infrastructure installations.

Co-founding Powerup in 2007, Stuart’s background is in the law and he has been involved in law practice in the Whitsundays since 1991. Stuart has in recent years practised exclusively in property development related law, concentrating on residential freehold and community title estates. In this capacity, he has dealt extensively with local and state authorities including Ergon Energy, civil contractors, design engineers, town planning consultants, urban designers and surveyors on all levels of property development from acquisition through to completion of developed land.

Trade qualified for almost 30 years, and having been actively involved with the hands on roll out of underground electrical services for over 15 years, Terry is responsible for the efficient delivery of our various works in all stages from pre-start through to sign off. A respected industry perfectionist, Terry is on-site and involved every day on each job to ensure that works are completed efficiently.